First of all, #metoo.

(Warning: this could be upsetting; it’s full of frank language on the subject of harassment and assault of women).

News of the moment: over 25 women have stepped forward about the sexual harassment, intimidation, and assault they experienced over the years at the hands of Hollywood mogul, Harvey Weinstein.  I share in the collective (rightful) outrage at this breaking story (that is also as old as the hills), and the doubt about how to change it.

But, I have to tell you, I had a shocking thought the other day, related to all this madness.

I want to share that thought with you (warning, it’s not pretty) and what I can see as the mindsets that normalize and perpetuate actions like Harvey Weinstein’s — an unsavory but common set of mindsets that live in so, so, so many of us.

Let’s start with my not-pretty thoughts. 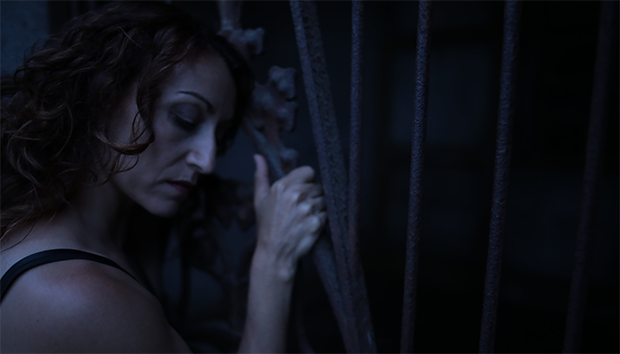 I was recently listening to an NPR (National Public Radio) story about rampant sexual assault on women heroin addicts living on the streets.  ​​​A woman spoke about the vicious cycle she finds herself in: an addict after being prescribed opioids after surgery at age 13, needing a “running partner” to score drugs so she is less likely to get beat up or raped, how a “running partner” can often be the one who does the assaulting, how it’s hard to defend yourself when you are high and defenseless, and how “normal” it has become for her and many of her friends.

So “normal” that between 5-6 friends they could count up 20-25 instances between them.

Along with shock, horror, and concern for these women, this thought snaked out of my mind: “What did they expect, on the streets and scoring drugs?”

Then I turned the shock, horror, and concern on MYSELF.

What offal had just passed through my mind?  A mindset akin to, “She deserved it.  She was asking for it.  She was responsible.  If she had behaved more ‘properly,’ she could have prevented it.”

This is the most insidious line of thinking, the one that perpetuates and normalizes “rape culture.”

OF COURSE I don’t believe that women who are high, drunk, wearing short skirts, in a dangerous part of town, or auditioning for a role in a Miramax film DESERVE or ASK or ARE RESPONSIBLE for sexual harassment or rape.

But there I was, listening to that brave woman, a similar assumption oozing out of my mind.

If it’s lurking in MY mind — despite my entire education, life, and livelihood that is devoted to the empowerment of women’s and girls’ minds, bodies, and souls — then it’s probably still lurking EVERYWHERE.

In 2015, Brock Turner, an athlete with a “promising” future at Stanford, sexually assaulted a young woman at a fraternity party.  Some students passing by on bikes noticed him on top of the motionless woman and chased him off.

That young woman was unconscious and defenseless because she drank too much, so much that she wasn’t able to care for her own body.

But the question IS NOT, “Why did she wear revealing clothing?   Why did she go to that party?  Why did she drink too much?  Didn’t she know she was asking for it?”

The question IS, which Vice President Joe Biden posed in his personal, public letter in 2016 to the young woman, “Why did he [Brock Turner] think he had license to rape?”

Why did Brock Turner — a potential role model, leader, and even father — when seeing a young woman at a party who was too drunk to stand up, choose to try to score with her?  Why wasn’t his natural instinct to care for her, find a safe place for her, call 911, or find her friends to help — instead of forcibly attempting to get laid?

This is the crux of the matter, my friend.  The dark, underbelly mindset that lurks perhaps in all of us.

As a culture, we (perhaps unconsciously) assume that men’s sexual desire is more important than a woman’s safety and well-being.  (I mean “women,” as well as anyone less physically strong, or less financially or politically powerful than that man).

As a culture, we (perhaps unconsciously) assume a man can’t possibly — or shouldn’t have to — control his sexual desire, so that if he rapes or harasses someone, it was HER fault for inciting him, not HIS fault for willfully violating her.

As a culture, we (perhaps unconsciously) assume that it is simply in the NATURE of those who hold the physical, financial, or political power to inevitably overpower the less powerful.  That’s just how power works, we learn.  In Hollywood, in frat parties, and on the streets.

We assume “power” means POWER OVER another.  We equate power with the ability to dominate, manipulate, exploit, and have our way with another.  We tell the men of the world that their power is linked with their sexual gratification and domination.

As the women and girls of the world, we learn that we are born temptresses, that our siren song of sexuality will cause our own ruin and the ruin of the world unless we cover up and shut up.

As women and girls of the world, we learn that the rooms of power and influence are locked, and men hold the key.

We are reminded every single day that our physical beauty, our compliance, our “perfect” bodies, our silence, and our sex will buy us (temporary) entry into those rooms of power and influence.

We remind the women and girls of the world that, of course, we don’t HAVE TO play by those rules.  But we are also reminded that if we don’t, we might lose everything.

But, lovely, this line of hideous, insidious reasoning is INHERITED, not INHERENT.

It’s been this way for about 5,000 years in one form or another, but there is compelling evidence that it is neither divinely nor biologically ordained.

(Check out the thought-leadership of Riane Eisler, including her books, Sacred Pleasure and The Chalice and the Blade, and her Center for Partnership Studies).

Eisler’s research of Western archeology, social science, history, religion, and anthropology has allowed her to shed new light on the art, wall paintings, cave sanctuaries, and burial sites from roughly 2.6 million years ago through about 30 BCE, from the civilizations of the Paleolithic and Neolithic ages through those of ancient Crete and Greece.

She found that prior to five centuries ago, goddesses were revered alongside gods, peace was considered to be greater than war, and that sexuality was not something to purchase or coerce but a powerful force to respect and revere.  The fertile feminine body, the womb, and the vulva were all seen as points of worship, not conquest.

Men and women were not locked in a power struggle over who would come out on top; they were partners in mutual empowerment.

Fossils, bones, carvings, tools, and writings whisper to us that — long ago and far away — this was simply a way of life, the common mindset of the culture.

My friend, it is not just Harvey Weinstein.  Bill Cosby, comic and entertainer; Brock Turner, Stanford swimmer and student; and Donald Trump, the 45th president of the United States of America are just some of the many recent stories that have made headlines.  (Most stories, of course, don’t).

This is an excerpt of the transcript of what Donald Trump said, while unwittingly recorded, to Billy Bush of Access Hollywood.

Trump: I did try and fuck her.  She was married.

Trump: I moved on her very heavily.  In fact, I took her out furniture shopping.  She wanted to get some furniture.  I said, “I’ll show you where they have some nice furniture.” I moved on her like a bitch.  But I couldn’t get there.  And she was married.  Then all of a sudden I see her, she’s now got the big phony tits and everything.  She’s totally changed her look.

Billy Bush: Sheesh, your girl’s hot as shit.  In the purple.

Trump: Look at you, you are a pussy.  You know, I’m automatically attracted to beautiful — I just start kissing them.  It’s like a magnet.  Just kiss.  I don’t even wait.  And when you’re a star, they let you do it.  You can do anything.

Bush: Whatever you want.

Trump: Grab ’em by the pussy.  You can do anything.

These words were released to the ENTIRE WORLD.

Trump dismissed them, without remorse or apology, as “locker room talk” — insinuating that his words shouldn’t be taken seriously because it’s just what most men and boys say when they assume no one is listening — and then got himself elected president.  Of the most powerful nation in the world.

So, what on earth do we do?

We start with the woman (or man) in the mirror, and see what residual line of thinking may be hanging out in dusty corners of our minds, and we do some SPRING FREAKING CLEANING.

We express our gratitude to the men and boys (and students on bikes and former Vice Presidents) in our lives who champion the full sovereignty, safety, and freedom of women and girls.

We dust ourselves off.  We go where we are called; we do what is ours to do.

We help refashion our broken world into one that works for everyone, one in which POWER OVER gets swept out and POWER WITH can (finally) settle in.

OK, your turn: Come join the discussion and share, in light of all this upheaval, what feels like yours to do?