If the whole “Carpae-The-Next-365-Diems” thing isn’t feeling right to you for some reason, may this odd article of mine below shed some light on why.

I have always been suspicious of setting resolutions at the start of a new year.

But recently, trying to set goals is feeling more hollow and disorienting than usual. 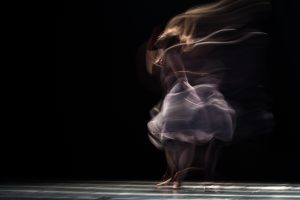 I understand the reasons for and power of setting intentions. I’ve done it my whole life. I’ll do it again at some point soon, I’m sure.

For someone committed to personal growth and who knows they create their own reality, there’s sometimes no better high than creating a clear vision and making clear prayers to the Universe to deliver them to you in a timely manner and in tasteful packaging throughout the coming calendar year.

But, here’s the thing.

What we need to know today is not what we knew yesterday. What we are jazzed about at the beginning of 2019 is not at all what will get us through the middle of 2019. Who we will be and what Life will require of us at the end of 2019 … who can possibly predict this?

And also, between the clear knowing of yesterday and that of today, is often a dark and muddy place of unclarity.

I am in that place right now.

I call it the “Wintertime” of the creative cycle. Also known as “The Dark,” or “The Underworld,” or “The Unknown” or “The Fertile Void.”  When it’s really intense, I could call it “Chaos” or a “Dark Night of the Soul.” Lately, my favorite name for it is the “World Between Worlds.”

Wintertime doesn’t care a fig for vision boards. Or fancy daily planners. Or powerful rituals. Eats them all for lunch, actually.

In Wintertime, things that used to be easy, now are impossible.

Things that were clear, now are muddled.

Intentions, prayers, and visions don’t hold a candle to the terrible powers of Wintertime.

So, I’m letting myself off the hook when it comes to a powerful start to 2019.

Instead of a clear vision for the next 365 days, I would like to enhance my reflexes. You know, the ones that say, “Stop now, danger up ahead,” or, “Pivot!” “There’s joy in this choice,” “There’s poison in that one.” You know, the reflexes that we tend to ignore because they make “no sense.” Instead of making plans I would like to grow a nose like a truffle pig. But instead of sniffing out mushrooms, I want to be able to root out (and then sink my teeth into) the choices and people and experiences and creations that bring the most eros — sensual vitality — into my life and body.

Instead of writing out my intentions, I would like to invite the coming year write itself on me.

If you’re already rocking your new year’s vision and had a wildly inspiring new year’s ritual, I’m excited for you. Really. Kinda jealous actually. But I’m a bit busy now. I’ve got to get back to the business of getting my ass handed to me by Wintertime.

It’s a hoot. Wintertime is a time rife with resistance, crisis of confidence, and even sharp, shocking bouts of depression. You feel completely unmoored, and tempted to blame yourself for being so lost and adrift.

Like I said, it’s terrible. No one lucidly chooses Wintertime. Wintertime chooses you. Because Wintertime is an inevitable and important part of the creative cycle — whatever idea or project or version of yourself you are creating. Wintertime knows that we can’t create cool things and learn and grow and all that, without going through some mild or major Wintertime.

But look, I don’t want to run a smear campaign on Wintertime. Wintertime isn’t out to do you harm. Wintertime does care about what you want and where you’re headed and who you want to be as you go there.

Wintertime knows that what you knew yesterday is not what you need to know today.

Wintertime is the ultimate cosmic striptease artist, removing every article of your cosmic clothing until you are relieved of anything that no longer works for you or is no longer true for you. Until you are defenseless, humbled, and naked.

A powerful place from which to envision something new.

And (eventually) the perfect place from which to seductively beckon the future to come and have its way with you.

OK, passing the quill to you. (Er, keyboard, but whatever).

Come on over and let us know a nugget of how this new year is going for you.