::  the birds and the bees get a profound makeover

i was 13, in the fluorescent-lit classroom of my junior high school.  the same architect built my school and the town jail, so as you can imagine, the room with its puce-colored walls wasn’t particularly inspiring.  let state-mandated “Sex Ed” class begin!

i was uncomfortable. and confused.  while the class aimed to edify and remove the mystery from this taboo topic, my classmates and i also knew that we were not even supposed think about – or have – sex in the first place.  i squinted at the pictures of male and female anatomy on the overhead projector, trying to understand what fallopian tubes had to do with the way my body exploded into fireworks when i kissed a boy.

but what if sex ed could get a do over?

what if instead we were taught of the Temple Priestesses?  these were young women, thousands of years ago, who got the opportunity before marriage, to leave their homes, live in a temple and become masters of the arts of sex and love and hence become PURIFIED for partnership.  if you were lucky enough to make love with such a Priestess, you would experience Divine Union and Divine Love.

as Marion Woodman, a premier Jungian scholar, brilliantly posits, the root cause of our misunderstanding and suffering around sex in present day is because we have entirely forgotten about the Temple Priestesses;  we do not have in our psyches the possibility that sex could be a vehicle for exalting us to spiritual ecstasy – and that our women’s bodies are particularly designed for this. 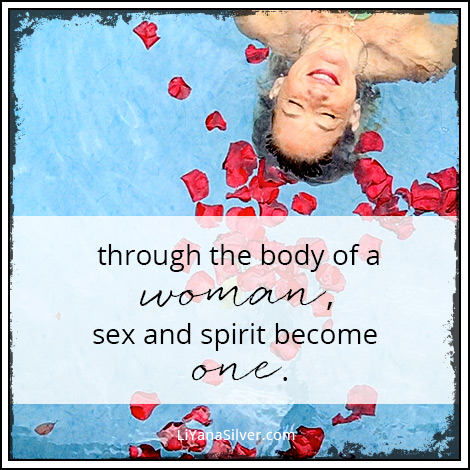 with a fiery mane of red curls and infectious enthusiasm, Violette joined one of my online courses, and i was instantly curious to learn her story.   Violette’s father was a preacher, and she was reminded seven ways to sunday that she was inferior to men, a walking profanity, blasphemous and obscene.

what if instead of brimstone and fire Violette was raised on Tantric philosophies? Tantra is considered to be the esoteric branch of Hinduism, like Kabbalah is to Judaism, like Sufism is to Islam.  Tantrists call the vagina “Yoni” which translates as “sacred gateway to life.” Tantra assumes that the Yoni is the throne of the divine, that vaginal fluids are life giving and originate in heaven, and that sexuality is a path to the realization of god.

tall and willowy, with large, knowing hazel eyes, Misha came to her mistrust of the “feminine” quite honestly.  after six months of working together, Misha revealed to me that from about six years old through puberty, her mother told Misha that her vulva and vagina were dirty and would take her out behind the house and scrub her body to the point of bleeding.

somewhere between adoration and meditation, Yoni Puja is an ancient rite that continues in modern day, where in essence, lady parts get worshipped.  five liquids that represent earth, water, fire, air and ether – yogurt, water, honey, milk and edible oil – are poured consecutively over the Yoni (either on the body of an actual woman or made of clay).  by having direct and intimate contact with the Goddess, the liquids are then considered to be cleansed and energized.  they are then collected in a vessel below the (real or clay) goddess thighs, and consumed as a gift.

what different set of beliefs might have been passed down to Misha if in her family, Yoni Puja was a normal, everyday kind of thing mamas did with their daughters, somewhere between hockey practice on Saturday and school on Monday?

what if when walking down the street, instead of catcalls, you were routinely greeted with, “Greetings, Goddess” as is customary in Tantric traditions, or, “Hello, Empress,” in Rastafarian cultures?

what if along with Zen meditation techniques, where you gaze into the flame of a fire, we were taught the (currently-practiced) Yoni Gazing techniques of India and Japan, as just as viable a way to calm your mind and call in the consecrated?

what might be different if i, Violette, Misha – or you – were taught all this from the start?

what if you, and everywoman, knew your body
to be a living, breathing, feeling
Temple of the Divine Feminine?

we would make the journey from PROFANE (that which has been cast out of the temple) to PROFOUND (that which reveals vast, deep, Divine insight).

when a woman comes to know herself as sacred
and is seen as profound rather than profane
a great healing can (fina-fricken-ly!) begin.

what if you got a sex re-education? take a moment to share with us one thing that would be different for you, in the comments below. 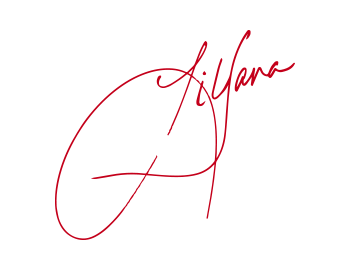