What on earth can I say in the aftermath of Charlottesville _?

I mean, a roundtable of angry white men recently took to the streets and met – wearing the garb and carrying the flags of neo-Nazis and white supremacists – and took not only the life of a protester but also took freedom-of-speech’s name in vain.

I have been struck mute over how to respond to this – especially as a white (more or less) woman with boatloads of privilege.  What would be meaningful, what would change anything at all?

And also, I have been scared to.  Quaking-in-my-boots scared.  Still am.

But I realized the only thing I can say is this:  I can tell you what you can – and cannot – count on me for. 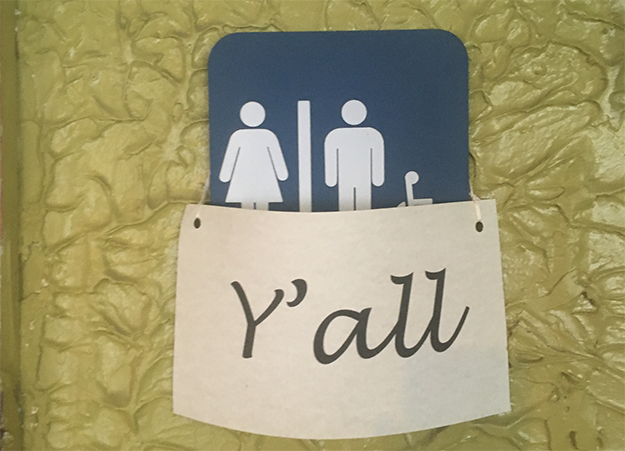 I won’t get it all “right.”  I will likely offend someone while trying to honor another someone.  Parts of me fear I’ll get burned alive in that time-honored tradition created to deal with witchy women who speak freely.

It may be that at the end of this (or a few sentences in), you and I will part ways.

If that’s the case (or even if you stay to the bittersweet end), to you I say, Namaste, a Sanskrit-derived greeting that translates as “the Divine in me bows to the Divine in you.”

I am quaking because I am of Jewish heritage, one of the groups that got hate rhetoric spewed at them in Charlottesville.

When I was five or so, I saw a necklace with a pretty star on the end of it hanging on the wall of my mother’s bedroom.  When I reached my tiny fingers out to touch it, my mother said, “That one you wear on the INSIDE of your clothes.”

My great-grandmother gathered up my grandfather and a few potatoes and fled their burned village during the Pogrom wars (or “ethnic cleansing” if you prefer) in early 1900s Russia to immigrate to the USA.

I grew up in Taos, New Mexico, a region of the world that has long been the home of the Tiwa Pueblo Native Americans.  Then came the Spanish conquistadores.  And then the hippies.

I grew up on an intentional community, without indoor plumbing, and got most of my clothes from the “freebox” outside of the natural food co-op.  As a (more or less) white person – huera, gringa, honkey, or hippie, as I was called – I was a minority, aware of the daily possibility of being bullied, beat up, or my lunch money lifted.

Regardless of how I got here, I still had and have it pretty good.  And I am still (more or less) white – not to mention free, educated, and relatively wealthy – and every day I see another way that privilege helps me through the day where it is not available to a sister.

You can also count on me to have a place for all the men who respect and love women.

You can count on me to remind you that EVERY part of you is wise and needed, especially the parts that dominant culture has told you to wear on the inside of your clothes because they are weak, laughable, or dangerous – like your intuitive knowing, your strong emotions, your strong opinions, your soft heart, the cycle of your moon, your swinging moods and your swinging hips.

You can count on me to uphold your right to choose whether or not you keep a pregnancy, get knocked up in the first place, or go on to raise that little human.

_A couple decades ago, in a public bathroom stall, I stared at the test in my hands – the digital kind that doesn’t leave anything up to interpretation but informed me straight up with the single word, “pregnant.”

As a young woman with a financially – and often physically and emotionally – unstable life at the time, I chose not to bear it, birth it, or raise it.  I chose lucidly, aware of the gravitas of my choice.  And although it was a wrenching choice, I was crystal clear it was the right choice for me.

Sure, in a perfect world, all life that sprouts in a woman’s womb would be wanted.  Life is holy.

But a baby isn’t just a baby.  That baby will alter forever her mama’s body and hormones and thoughts and health care premiums and possibility of maternity leave and wage-earning potential.  That baby emerges into a family that can’t always care well for her body, soul, and psyche, and into a cultural system that is (still) profoundly skewed against women.

At the end of the day, you can count on me to see a woman as an embodiment of the Divine, having the same say-so as the Divine over bringing life into this world (or not).

You can count on me to empower and inform girls and women of this, and help them make their own wrenching choices, lucidly and wisely.

You can count on me to laugh with disdain (while shivering with fright) at the reality of a roundtable of angry white men deciding about women’s healthcare and her right to choose.  If you are not going to bear it, birth it, raise it, and have your body and future completely altered by it, then please take a seat and let the women who ARE step forward and set the policies.

You can count on me to support as many women as possible to step into such policy-setting positions.

A few decades after my bathroom stall choice and on our first try, my husband and I conceived our son, as planned as any parenthood can be.  We recently moved our little family to the South, ironically a few hours’ drive from Charlottesville, to the state of North Carolina where there is currently a great dispute over which genders with which body parts can go into which bathrooms.

You can count on me to hold the door of that bathroom stall open to you, no matter what body parts you are wearing on the inside of your clothes.

You can count on me to fist bump actor Will Smith (in my dreams of course) for his quote, “diversity is America’s superpower,” and to flush down the john any manifesto with “supremacy” written anywhere on it.  You can count on me to put my money where my mouth is to help end sexual slavery, empower girls, and keep Planned Parenthood open.

And you can count on me to greet you with what “Instant Karma,” a store at the end of my street that sells the kinds of tie-died skirts and incense that perfumed my youth, says on the sandwich board outside their door: “Namaste, ya’ll.”

Come join the discussion and let us know what we can – and can’t – count on you for.

I’ll see you there,