A few days ago, I got a piece of incredible news: my new book, Feminine Genius, was placed on Bustle’s list of “13 Books To Read If You Feel Alone In Your Feminism.”  I was totally floored.

And then the list of the 13 books was published, and my heart fell out of my body.  Feminine Genius is on the list with books like Dr. Clarissa Pinkola Estés’ Women Who Run With the Wolves, Sylvia Plath’s The Bell Jar, and Heartbreak, a new book by Andrea Dworkin.

Women Who Run was the first book I ever read in which I felt the glimmer that being a woman needn’t be a life of bondage, inferiority, and fakeness.

Holy shizzle, I’m on a page with my own personal shero lighthouse as well as writers and thinkers that blew open the doors of my mind in college!

In the company of such great champions of women, do I feel alone in my feminism? ​​​​​​​

Here’s what happened to let me know that yeah, I kind of do.  The other week in spin class, a friend of mine said to the folks in class, “Hey, did you know LiYana just wrote a book?”

Growing up in the 1970s and 1980s, one of my bedtime books, Feminist Fairy Tales, offered me stories built around feisty girl main characters who didn’t wait around for a prince to save them, they got busy saving themselves.   As I went through Women’s Studies in college (where I read Andrea Dworkin among many others), I came to assume that feminism is anyone who practices the belief that all humans, regardless of gender, deserves the same rights, opportunities, respect, and choices.

I grew up believing that feminism is a good thing.

​​​​​​​But I think over the years, feminism has been reviled and reduced to mean these four things:

​​​​​​​So, I ask myself, while I believe (and practice) that all humans, regardless of gender, deserve the same rights, opportunities, respect, and choices, am I angry?  Do I hate men?  Do I want to burn my skivvies?  Do I have to do it all myself? 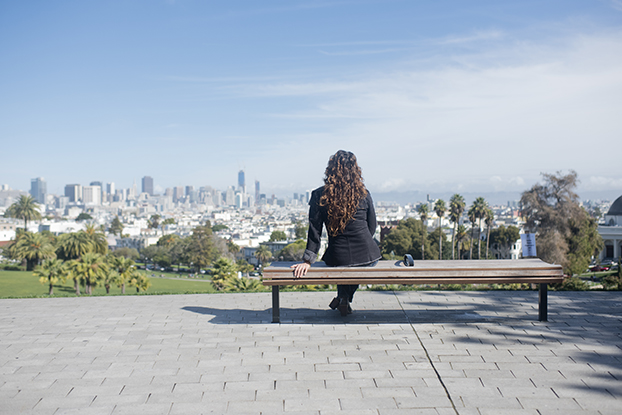 Look, a lot of women are rip-roaring angry.  A lot of men, too.  A lot of African-Americans, Native Americans, Muslim-Americans … the list goes on.

Here’s the thing.  Anger is okay.  Really.  It is our task not to try to erase anger in people, but to listen to people who are angry.  People get angry when they feel oppressed, marginalized, stepped on, used, and disrespected.

Somehow being an “angry woman” has become a misogynist slur, and we miss all the very important reasons that women — and people — have some darn good reasons to be upset.  Anger is an evolutionary impulse, letting us know that our values, boundaries, or even humanity may just have been trampled upon.  If we know how to listen to anger, and then take actions toward repairing and restoring our values, boundaries, and humanity, we can evolve into more whole versions of ourselves, as well as better friends, lovers, and leaders to others.

And I believe that what stops anger from becoming meanness, violence, and destruction, is listening.

​​​​​​​In my early 30’s, when I had been with my now husband then boyfriend for about three years, I took a course called “Understanding Men” that had me confront head-on my fear and mistrust and even hatred of men.  I sat in that course and sweat it out, working through my residual beliefs that I was sleeping in the same bed as my enemy.

​​​​​​​As I rewrote my fear of men, I had (and still have) a kind and willing partner — and not all women and girls are so lucky.  There are too many of us that are living in situations, families, relationships, and jobs in which we are on-going-ly violated and mistreated at the hands of men, so the cycle of hate is hard to rewrite.

​​​​​​​But I don’t believe that one experience with an individual man tracks to all men. There are many, many men in the world (dare I say feminists) who respect women deeply and are doing their part to ease this rift. And it has been key to the depth and longevity of my marriage, as well as my own self-respect, to find the place in myself where I downright revere men and all that men make possible when they are grounded in love and respect.

​​​​​​​Hatred is really hard, but it is also okay.  People get hateful when they feel oppressed, marginalized, stepped on, used, and disrespected.  If you look inside, don’t you often find hatred there?

​​​​​​​I believe that what stops hatred from cycling, inside ourselves or out in the world, is getting ourselves educated about that which we hate.  And respect.

​​​​​​​Women, wear a bra or let your girls swing free, it’s all good!  I believe that clothes, undergarments, make-up, and accessories should be a choice, not an iron fist.

​​​​​​​Bras — and the world of beauty, sex appeal, and adornment that goes with them — can be a wicked trap or a massive liberation, depending on a couple things.

​​​​​​​First, you have to get really honest with yourself and use makeup and adornment as a form of expression, rather than repression.  Meaning, instead of using them to cover up and compensate for your perceived “flaws,” you use them to help express your realest, truest self.

​​​​​​​And secondly you use them as confirmation of your character and unique kind of beauty, rather than yet another way to conform to external, impossible standards.

I know, I know, we live in a world that reminds us hourly that our perky tits and tight ass and sexy (but not too sexy!) attire is our ticket to exchange if we want to feel valuable and lovable.

​​​​​​​It’s a form of bondage that our feminist foremothers did us a huge service in helping us break free of, by (actually or metaphorically) burning their brassieres.​​​​​​​ ​​​​​​​

It’s a form of liberation to know that the light that glints off a woman’s cheek (with or without blusher) is liquid holiness.  That the zing that bounces from a woman’s hips (with or without Spanx) is intoxicating fuel.  So, go, adorn yourself (or not) knowing that you are gracing your onlookers with the garb of a goddess.

​​​​​​​Did you know that it has only been in the last few decades that a woman can open up a bank account or hold a credit card in her own name without permission from a man?  It is only since about 1960, with widespread, affordable access to contraception and healthcare, that a woman can choose for herself whether or not she wants to become or stay pregnant?

​​​​​​​Independence, this core aspect of feminism, is meant to encourage us to tap into our own belief in ourselves and our infinite capability.  To notice places where we have abdicated our power to others and enfeebled ourselves.  (While changing institutions and legislation as well, of course). ​​​​​​​

Feminism tells us, “The things you thought you couldn’t do or be, or the world told you you couldn’t do or be because you are a girl, you can do them.  You are strong.” ​​​​​​​We each owe a debt of gratitude to feminists (whether or not they claimed that title) who tirelessly directed girls and women to reach deep into ourselves and discover a well of possibility — and tirelessly worked to change institutions and legislation, of course.

Humans need other humans.  There’s no such thing as independence.  We are interconnected and interdependent.  We know we can do it ourselves, and often we do, just like we also know that we are making ourselves voluntarily vulnerable with the girlfriends, friends, family, and partners in our lives, saying, “I need your gifts, just like you need mine.”

​​​​​​​Anger, hatred, fear, bra mutiny, fierce independence, they can be damn uncomfortable to be with, but they are parts of being exaltedly human. ​​​​​​​

Feminism is about listening to and respecting “the other” and coming to realize we’ve got aspects of “the other” within ourselves.  Feminism — what it is and what it isn’t — is up to each of us to define and practice for ourselves. ​​​​​​​

Do I feel alone in my feminism?  I do at times, especially when I feel that “feminism” is heard as a dirty word.

But then I see a woman who is embracing her anger as well as the rest of her difficult human emotions; who is dismantling her hatred, whether directed at men or a color of skin or even herself; who is using her blow drier to blow a hole in the prison of “pretty;” and who is learning, day by day, that of course she can do it herself but that life is a whole lot better when we are in it together.

Now your turn!  Come join the conversation and let us know, do you consider yourself a feminist?  If so, why?  If not, why not?  I look forward to hearing what you have to share.

And, here’s to dirty words, too!

“LiYana Silver’s Feminine Genius: The Provocative Path to Waking Up and Turning on the Wisdom of Being a Woman is a title that should definitely be shelved alongside another on this list — Clarissa Pinkola Estés Women Who Run With the Wolves. While Estés helps readers recognize that long-repressed and silenced inner-Wild Woman, Silver guides women into learning how to listen to and trust that innate wisdom and profound instinct deep inside all women. Filled with advice, inspiration, and even some helpful exercises, Feminine Genius is all about connecting the knowledge of your body to the wisdom of your spirit in order to find empowerment, balance, fulfillment, and adventure — no matter where your feminism might take you.” ​​​​​​​

PPS:  Oh, and after you purchase the book from wherever you do, you can input your purchase information here and get two bonus companion trainings to the book, wherein I share material that was too hot to make it into the book!​​​​​​​