“I think you have success dysmorphia,” my friend Ali told me.

Dysmorphia means “wrongly shaped,” a term usually paired with “body” as in “body dysmorphia,” when you look at yourself and see someone remarkably fatter, stupider, or uglier than you actually are.

When Ali diagnosed me with success dysmorphia, I could have checked off most of the items on my list that defined success for me — a healthy body, a healthy baby, a wonderful husband, loyal and inspiring friends, organic food in the fridge, a full coaching practice, a dance contract with the Metropolitan Opera Ballet, a publishing contract for my first book, plenty of income, weekly massages, a beautiful home, a good relationship with my parents, cute shoes, a well-fed cat — but I didn’t FEEL successful. 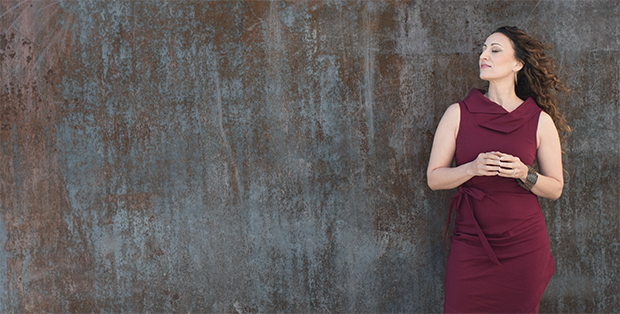 What Ali meant was that I was unable to see my success as it was; I could only see it as it wasn’t.

But where did I learn to work my ass off, but never feel satisfied with the results?

Where did I learn to shrug off congratulations, because I knew there was someone who had done the same thing I just had, but with more panache and a bigger payday?

Where did I learn to look at a pile of accomplishments, and see nothing but an empty expanse of desert?

Where did I learn to see the mirage of a new success sparkling just out of reach on the horizon as more real than the one I was waking up with each morning?

Where did I learn that the adrenaline high of running toward that just-out-of-reach horizon could quite nicely cover up my inner persistent panic, like a thick layer of smog over downtown Beijing?

Well, when I was very young, I began to see life as an unending series of auditions.

I assumed there was a panel of esteemed and successful judges — the Mozarts, Baryshnikovs, Dalai Lamas, Einsteins, and Princess Dianas of the modern day — and at some point I would get my chance to audition for them.

I saw these panel members as gatekeepers of some kind of tenured cool-kids club.  After all, they were great successes, so if I could become great enough to win their favor and pass through their gates, I assumed they would then bestow upon me, along with a sprinkling of glitter, a sense of everlasting success.

So everyday felt like a rehearsal for my big make-or-break moment.

And how, you might ask, would I KNOW everlasting success when it arrived?

I assumed the panel of judges would materialize out of their great green room in the sky, greet me respectfully as I got off the N train after my bartending shift, and then, with confetti and official proclamations, let me and the world know that my problems were over and I had finally made it.

I guess versions of this DO happen for some people.  They get a call from Oprah or Ed McMahon.  They pick the winning lottery numbers.  They get the votes on American Idol.  They get discovered in a café and get whisked away to the red carpets of Hollywood.  They open a letter one day bearing a return address from the Nobel Peace Prize folks.

I guess versions of this DID happened for me — admittedly on a less grand scale.  But still I snapped back to my old friend, success dysmorphia.  (And I have a suspicion that so too do a large proportion of the lottery/Idol/Peace Prize folks).

I didn’t really ever consider what everlasting success would FEEL LIKE for me.

I was entirely focused on “little success” and didn’t even know about “big success.”

Little success is the stuff, the toys, the accessories.  The achievements you can line up on your resume, for which you worked your ass off.  The cute shoes.  The names you can drop.  The big wins.

Little success is all fine and good, but it’s the gravy.  It’s yummy, but it’s not where true satisfaction or meaning or peace or depth or sustenance can be found.

The main meal, the big success, is in your hands and yours alone.

The main meal, the big success — I’ve come to find — comes through what you FEEL, what you KNOW ABOUT YOURSELF, and the ring of truth that comes through DOING WHAT YOU CAME HERE TO DO.

It’s not just having the cute shoes, it’s feeling comfortable in your own skin as you wear them.

It’s not just the pretty china and matching silverware, it’s your ability to savor the delicate flavor of the morsel on your fork.

It’s not just having no more problems, it’s the satisfaction of having more and more interesting problems.

It’s not just solving more and more interesting problems, it’s who you discover yourself to be as you tackle them.

It’s not just the big wins, it’s the personal triumph of falling flat on your face and then catching yourself in your own arms, when you used to turn rudely away.

It’s not just the entrance ticket to the cool-kids club, it’s the panic that ebbs out and the peace that flows in when you, as my client Maci puts it, “belong yourself to yourself.”

It’s not just the choir of angels letting you know that you have arrived, it’s being HERE for the grace, the ordinary holy joy of the cool morning air lingering on your cheek.

It’s not just the outfit, the accessories, or the paycheck that bought them, it’s the ability to look in the mirror and see yourself as as you truly are: worthy, valuable, and generally magnificent.

Little success alone, without big success underneath it, is hollow and false and can leave you bereft, with only that ass you worked off, and your old friend dysmorphia.

Ok, your turn.  Come join the discussion and let us know what big success would allow you to FEEL and to KNOW ABOUT YOURSELF?

To every shape and size of success,